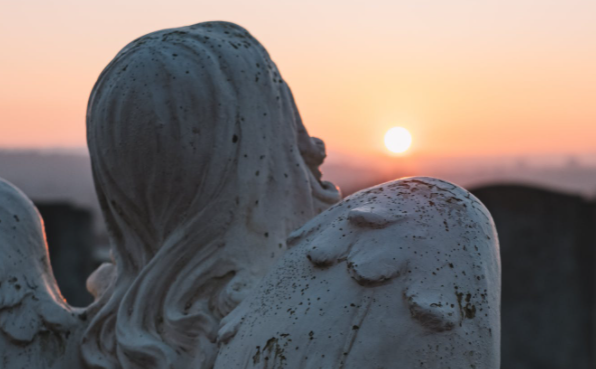 A number of years ago, I participated in a group interview. I was surprised at one of the questions that was posed, “What would you like to be written on your tombstone?” Without hesitation, I replied, “She did”. The five people on the panel immediately put their pens down and gave me their utmost attention. I took this as a sign to clarify my answer.

“I don’t want to be that person in a rocking chair, ruing my past: I wonder what would have happened if… I want to remember what I did.”

I had an article from Reader’s Digest taped to my refrigerator door for a long time. It was about a woman who worked in a family-owned business. There were many sporting events and activities that the workers attended. This particular woman enthusiastically participated in each and every one. She had no athletic ability, striking out on the baseball field, aiming the ball down the gutter in bowling, but she cheered everyone else on; she was the first on the dance floor and encouraged others to join her. She did.

My mother became a widow at the age of 69. A friend encouraged her to become a food demonstrator for Costco, and although she hadn’t worked in over forty years, she took the job. She retired at the age of 92. During her years of employment she encouraged the younger workers to better themselves; she helped the new employees adjust to their new jobs. She made a difference. She did.

I recently joined a Writer’s Club. A fellow writer, despite her physical limitations and hectic schedule, took me under her wing. She encourages me to do better; she critiques my work and is my biggest fan. I found out that she helps the other writers in the group also. She did (and is still doing).

I am not far from the rocking chair phase of my life but I am still doing, trying new things and spreading my wings. I can look back at my life and say, “She did, and what are you doing?”