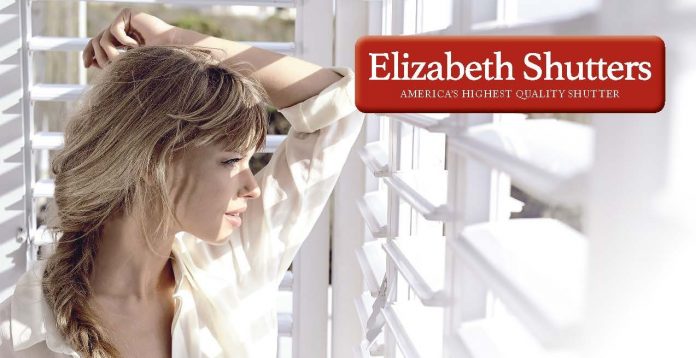 Colton, CA company Elizabeth Shutters once again won “Best Of” awards and highest ratings from OC Register, BBB, Houzz, Home Advisor, San Diego U-T, BCA, TrustLink, LA Times, Angie’s List and others for a record 10th year. From 2011 to 2020 the company has earned over 40 major awards for product quality and customer satisfaction, more than any other shutter manufacturer in the Western U.S.

Elizabeth Shutters manufactures the “Last Honest Shutters” and “Last Honest Closet Doors” in Colton, CA and sells them directly to homeowners in California and through specialty retailers on three continents. “Selling direct to homeowners in California is a huge advantage,” said Annette Urbina, Sales Manager. “Eliminating the middleman helps us keep our costs down and deliver a better product at a lower price. More importantly, we can see and hear what customers want – which helps us build a more custom product to suit their home and the way they live.”

When asked what distinguishes Elizabeth Shutters from other suppliers Urbina points to her people. “We do a few things really well. Rather than skip around from faucets to roofing and garden equipment, our people receive thousands of hours of hands-on training and experience selling, building, and installing window coverings and specialty doors. We control the whole process and never point a finger at somebody else. You can’t really find someone at a blinds company or big box store with a decade’s experience in shutter installation and another decade selling and designing them, but that’s typical for our people.”

“Our shutters and doors are made by American workers in our own factory. We’re the only major manufacturer that builds painted and stained shutters out of 100% whole Basswood, over-engineered hardware, and acrylic lacquer paints. The extra quality means we can offer a lifetime, transferrable warranty to our customers without going broke,” Danny Greaves, General Manager, said with a wink. “Seriously though, our repeat and referral business is crazy high which is incredible when you consider that shutters and doors can last longer than the people who buy them. Turns out that every time a customer moves into a new home, or adds on, they want more shutters. So, we can work with the same customers on three, four or five houses.”

“Last year, after 40 years in business, our family-run company became the biggest consumer-direct shutter manufacturer in the Western U.S., and we’re proud of that,” said Maren Frost, Controller. “But we were voted TrustLink.org’s #1 shutter company in the U.S., we won the Angie’s List SuperService award as one of the top 5% of contractors in the nation for like the 8th year in a row, and almost half our customers were folks we’ve worked with before or their friends, and we’re even more proud of that.”