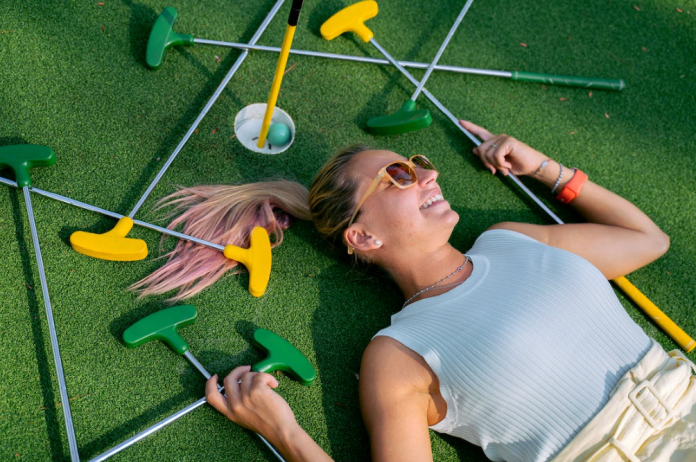 One of the craziest games to play in golf, besides that boring one of keeping track of how many strokes you take on each hole, is to keep track of who has the most or at least the last “weird” shots. Those are the shots where you happen to hit a TREE, or hit your ball into the WATER, or find your ball sitting on the road or CART PATH, or find your ball in the SAND trap.

You can use coins to play this game:

It’s played like this: whenever a player’s ball ends up hitting a tree or lands in one of the above hazards, he or she is handed the appropriate coin by the “Game Captain.”

During the round the coin(s) may change hands many times depending on which player’s ball was the last to hit a tree or end up in the other three hazards. There are only 4 coins used; they get passed around to whoever last deserves one (or more!) based on where their golf ball was hit. Careful, you could “earn” all the coins on one hole!

At the end of the round the players count their coins and whoever has the most coins buys the drinks!

Note: each coin only counts as one (1) point, not the monetary value of the coin. Oh, and remember, golf is for FUN!