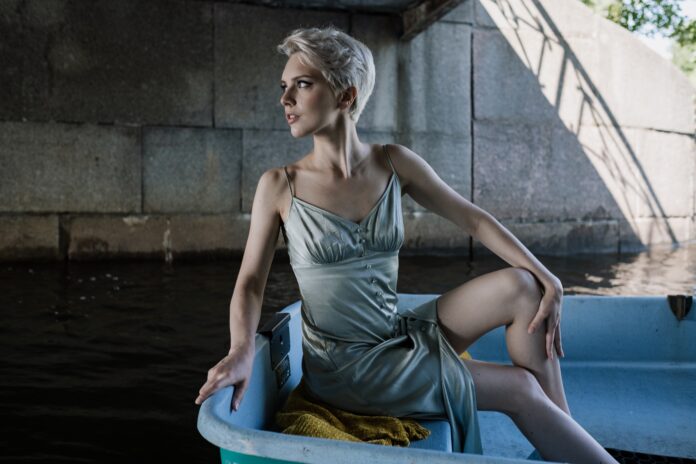 The Tony® Drama Desk and Outer Critics Circle Awardwinning actress, Cady Huffman (The Producers/Tony Award for Best Performance by a Featured Actress in a Musical, The Will Rogers Follies/Tony nomination) will star as American cultural icon Mae West in Coachella Valley Repertory’s new production of Dirty Blonde. Huffman has originated roles in multiple Broadway productions and has an illustrious film and television career. Philip W. McKinley will direct the production for CVRep.

McKinley directed record-breaking productions from Broadway, to Salzburg to Tokyo. His production of Spiderman: Turn Off the Dark with music by Bono and The Edge, and also directed the five-time Tony nominated Broadway musical The Boy From Oz starring Hugh Jackman, the revival of The Most Happy Fella starring Paul Sorvino at the New York City Opera, the Drama Desk-nominated hip comedy Thwak, and the cult Off-Broadway musical Zombie Prom.

When Dirty Blonde opened on Broadway in 2000, it collected four Tony nominations, winning for Best Play. Dirty Blonde is as unlikely, outrageous, and as fascinating as the indomitable Mae West herself. The iconic star, who remains one of the most talked about (and oft emulated!) Hollywood figures is the catalyst in this “Rolls-Royce of a vehicle” (NY Times).

In it, West’s ‘dirty blonde to platinum’ career inspires two lonely young fans who see her as their hero and lifeline. Dirty Blonde was conceived by Claudia Shear and James Lapine after the original story by Shear. She earned Tony and Drama Desk Award nominations for both Best Play and Best Actress. Dirty Blonde includes classic tunes such as “A Guy What Takes His Time,” “I’m No Angel,” “I Wonder Where My Easy Rider’s Gone,” “Perfect Love,” as well as the title song by Bob Stillman, “Dirty Blonde.”

Performances of Dirty Blonde are Tuesdays through Sundays, January 17-22, 2023 and January 24 – 29, 2023. Curtain time for Tuesday through Saturday evening performances is 7 p.m., Saturday and Sunday matinees are at 2 p.m.