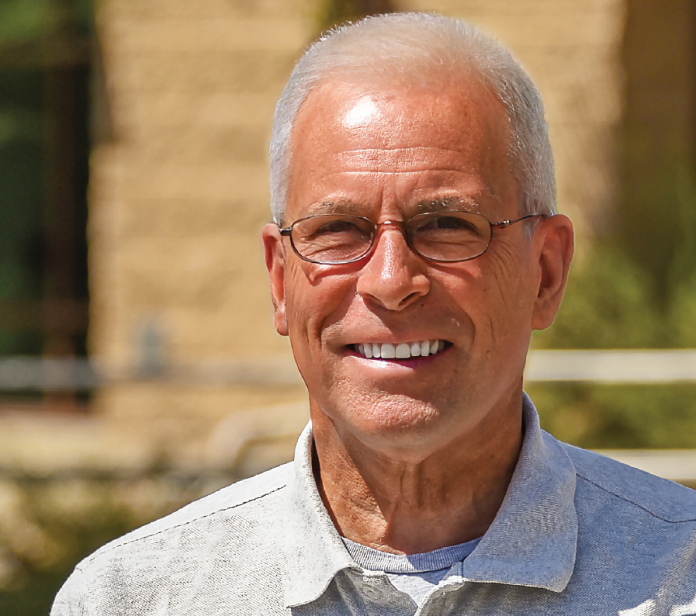 Patrick Petre remembers when his small town hit it big. Born and raised in Carlisle, Pennsylvania, all the town had was a stop sign. That was until McDonald’s set foot in the community.

“I remember that was such a big deal when I was little,” says Petre. “People used to say, ‘Go nowhere and turn left and you will find Carlisle.’ It’s great being from a small town and even though I have been gone for a thousand years it is still my home.”
As the CEO of Vibra Rehabilitation Hospital of Rancho Mirage, Petre says he’s worked to bring some of that small town hospitality to caring for patients.

Vibra Rehabilitation Hospital of Rancho Mirage is an inpatient rehabilitation facility focused on treating people recovering from debilitating injuries, illnesses, surgeries and chronic medical conditions. The 50-bed hospital treats those with complex therapy needs, but who also require hospital-level medical services like 24-hour care.
Petre has been CEO at Vibra since May 2021. His current role follows a long career in healthcare management and a stint as a U.S. Marine Corps. From 1973 to 1993, Petre spent his time with the U.S. Marine Corps as an infantry officer. During the latter half of his military career, Petre was part of Operation Desert Storm designed to expel occupying Iraqi forces from Kuwait.

It was talking to one of his colleagues that led him to think about getting involved in healthcare. “So I was over there in the desert, and a friend of mine had gotten out of the Marine Corps and gotten a job in healthcare,” says Petre. “I wasn’t specially trained for healthcare in the military, but I applied and got a job at a hospital in Los Angeles as a junior administrator.

I got it, I think, because of my military background, to be honest with you. There’s a lot of crossover there in terms of discipline, accountability, focus and reliability.”
Petre completed his Masters at Pepperdine University specializing in human resources management and personnel administration. Over the years he would work his way through the ranks, eventually becoming CEO of Garfield Medical Center in Monterey Park, California. That’s also where Petre met his wife, the nursing director at Garfield. “I may have never touched a patient in my life clinically, but I certainly love talking to them and assisting them in any way I can. It’s been the joy of my life working in healthcare,” says Petre.

In 2018, Petre bought a home in the Valley with the intention of retiring. However, when the COVID-19 pandemic hit, Petre and his wife decided to continue in their roles as healthcare workers feeling the intense strain on hospitals.

Petre reflected, “We went through it big time, but ultimately I felt the need to stay.”
Petre says his time in the military helped him get through some of those tough times. He takes great pride in putting resources together to make people well and support his staff. “Whatever the mission is in healthcare, it’s been my goal to have the best possible outcome for patients. Of course we have lost some patients over the years, but I have met some amazing and talented physicians,” says Petre.

“I think for a kid from nowhere, I am happy with the way life turned out. Being part of the healing process, and to truly have done something and participated in something that for the most part people have benefitted from is something I am very proud of.”