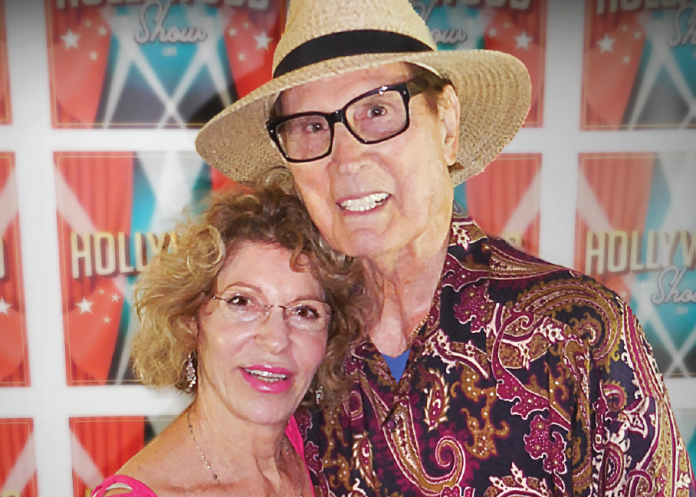 Mary Jane and Michael Dante are a true Coachella Valley power couple. From professional baseball to the film industry to celebrity interviews and actor coaching, take inspiration from their star-studded story.

Mary Jane was bitten by the film bug while attending John Robert Powers School in New York City. Her graduation was filmed and she was fascinated by the technical process. For her, the choice was clear – she moved to California to begin a career as a film editor. As part of the Walt Disney Studios Trailer Department, she worked on over 250 theatrical trailers for the studio.

For Michael, fate made all the difference. He was in spring training with the Washington Senators baseball team, and in the off-season was a Drama major at the University of Miami. While Michael was recovering from an arm injury, the great bandleader Tommy Dorsey saw him rehearsing a university play. Impressed, Dorsey offered to arrange an MGM screen test for Michael if his arm didn’t come around. The rest is history – MGM signed him to a contract and he never went back to baseball. For over 60 years, Michael starred, co-starred and guest starred in 30 films and 150 television shows and was under contract to three major studios, MGM, Warner Bros., and Twentieth Century Fox.

The film industry led Mary Jane and Michael to enriching careers and to each other as well. The two met at a Southern California Sports Broadcasters Luncheon, where Michael was a guest speaker, having played professional baseball and made the transition into acting. The luncheon was started many years before by Mary Jane’s father, broadcaster Mark Scott, the host, and one of the creators of the original Home Run Derby, and so Mary Jane was in attendance as well. She and Michael were introduced to each other by actor Chuck Connors, a former baseball player, and star of the popular western series The Rifleman, and they hit it off immediately.
After several more years in the film industry, Mary Jane transitioned to teaching and mentoring children. She began working with the young students of Michael’s acting classes to help them build confidence to read their scripts. From there, she created her self-esteem program, SPEAKUP! for all children. Mary Jane helps kids learn that they’re special and can achieve anything they set their minds to. With her, they build the self-confidence to speak up and succeed.

Mary Jane taught her SPEAKUP! program in the Coachella Valley for five years and saw press coverage in the Desert Sun. Encouraged by this success, she returned to college to complete her BA degree in Educational Studies with a professional goal of implementing SPEAKUP! in as many schools as possible. “Every child needs to know they matter and can make a difference in the world if they believe in themselves,” says Mary Jane.

In 1996, Michael began hosting his own radio show, ‘The Michael Dante Classic Celebrity Talk Show.’ Michael’s show aired every Saturday for 12 years throughout the Coachella valley on local radio stations and is still going strong today, streaming online at teamdanteradioshows.com.