Marty Massiello, CEO of Eisenhower Health: His Journey To Improve Care in the Desert 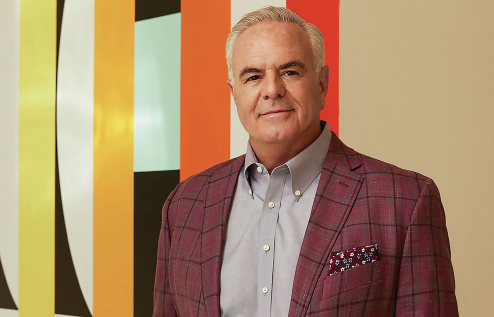 Marty Massiello is a healthcare executive currently serving as the President and Chief Executive Officer at Eisenhower Health. Marty started his journey at Eisenhower over 13 years ago when he became the Chief Operating Officer after a background in progressive healthcare leadership roles in Chicago, Illinois. He came to Eisenhower after spending 8 years at Loyola University Health System as the Vice President of Clinical Services and Chief Operating Officer.

Marty started his career in health care in 1982 after graduating from pharmacy school. Right after graduation, he worked as a pharmacist in a local community drug store while attending the Ohio Northern University School of Law. He graduated from law school in 1985, intending to utilize both his pharmacy and legal background in the practice of law. Marty quickly realized that his real passion was healthcare and embarked on a 40 year career working in healthcare systems in Chicago and Rancho Mirage.

In reflecting on his career, Marty muses that his journey as a healthcare leader and his progression from hospital pharmacist to CEO was a combination of being in the right place at the right time, the fact that when given the opportunity to do more he never said no, and that he has a passion for caring for people. The road has been full of exciting challenges, like the opportunity to build buildings and clinical programs, as well as some difficult times like when the economy crashed during the great recession and managing a health system during a global pandemic. Through it all though, Marty has never doubted his calling to improve access to excellent health care for the community.

Marty and his husband Jeff Weyant have kept a home in the desert for more than 20 years. Prior to moving here full time to work at Eisenhower, they would fly out to Palm Springs from Chicago as much as possible because they both were drawn to the beauty of the desert, the midcentury architecture, and the diverse communities across the Valley. They were thrilled when a recruiter called Marty one day and asked if he would be interested in a position in the Coachella Valley. Needless to say, they were on the plane the next day headed to Palm Springs. He interviewed with then CEO, Aubrey Serfling, and the rest is history. Marty and Aubrey became colleagues, but more importantly, great friends and they worked together for 13 years before Aubrey retired and Marty took over as CEO. He often says that he doesn’t have many regrets in life but one for sure is that he wished he had made the decision to move to California, and especially the Coachella Valley, sooner!

In reflecting on his role as CEO, Marty notes that the great thing about leading the way at Eisenhower Health is that it has presented so many exciting opportunities for improving the care provided to our community. A couple of the most significant things that have been accomplished over the last 10 years are the addition of clinics throughout the Valley, which has brought Eisenhower Health close to home for so many people, and the establishment of Eisenhower as a major teaching hospital for Residents and Fellows, which continues to bring more new physicians to the area. Marty notes that the amazing Board of Directors and donors from one end of the Valley to the other have made these and so many other things possible, which is particularly important for a non-profit organization that relies on strong leadership, philanthropy and outstanding physicians, staff and volunteers to provide trusted, quality healthcare to the community long into the future.