Marcia & Howard Daniels: Something for Everyone at Brandeis Desert Chapter 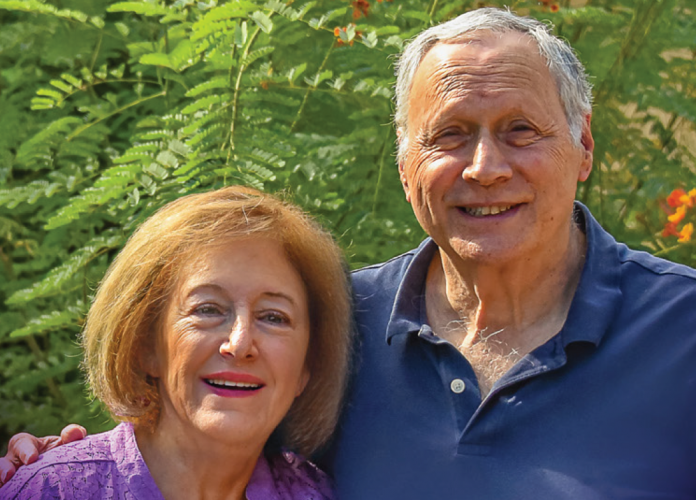 Marcia and Howard Daniels came to Sun City Shadow Hills after they retired in 2017. The couple were looking forward to making some new friends and becoming more active in the community. That’s when one of Marcia’s new friends invited her to a book club as part of Brandeis National Committee, Brandeis Desert Chapter.

Fast forward five years, and the Brandeis Desert Chapter is an integral part of their lives. Marcia is a member of the Board of the Desert Chapter, serving on the membership and planning committees. She has also led book groups and helps to organize events. With other Desert Chapter members, Howard and Marcia have been very active, attending book and author events, lectures with Brandeis faculty and participating in game nights and art gallery evenings. They also have attended study groups including TED Talks, current events, book groups and movie nights. “We have found friendship and a real passion for our community … There is something here for everyone,” said Marcia. “I’d describe our Chapter as a good mix of philanthropy, learning and social interaction,” added Howard.

For this upcoming season, Brandeis Desert Chapter members will have more than a dozen study groups to choose from including movie and book groups, current events, TED talks and headline news groups, family dynamics, men’s and women’s groups, as well as cooking, art, eastern thought, games and lunch bunch groups.

Philanthropy at the Heart

Brandeis National Committee was founded in 1948 to provide philanthropic support for Brandeis University, a distinguished liberal arts and research university sponsored by the American Jewish community. Members are connected to the university through fundraising as well as activities reflecting the values on which the university was created: academic excellence, social justice, nonsectarianism and service to the community.

The BNC has about 26,000 members, organized in 37 Chapters, across the United States. Over the years, they have contributed over $141 million to Brandeis University. Some of those funds have given students scholarships and work assistance opportunities. Other funds have led to the expansion of Brandeis Libraries including the acquisition of books and research journals, restoration and preservation.

The Daniels say the past few years when they’ve been involved with the Brandeis Desert Chapter and living in the desert have been some of their happiest.
Howard has made a network of friends with whom he plays pickleball and bowls. He also volunteers with the Red Cross Disaster Response Team after completing a two-month training course with members. Part of his work on the team has been connecting people in need with housing, food, water and blankets.

Marcia has become more involved with the community too, meeting new people and branching out. Some of her work includes heading theCommunity Action Committee of the Woman’s Club of Indio where she plans events that provide support to local groups such as the Coachella Valley Rescue Mission and the Galilee Center. She also serves on the board of the Jewish Family Service Desert Auxiliary where she both helps raise funds for JFS and assists at activities for Holocaust survivors. Moving to the desert has absolutely been a wonderful adventure for Howard and Marcia.“And through Brandeis, my husband and I have this renewed sense of purpose. We’ve been able to connect with a vibrant community of like-minded men and women and do some really fascinating things,” says Marcia. “We wish we’d have only joined sooner.”

For more information and to join Brandeis Desert Chapter contact Charlene Williamson at (760)360-2349 or charbwilliamson@gmail.com