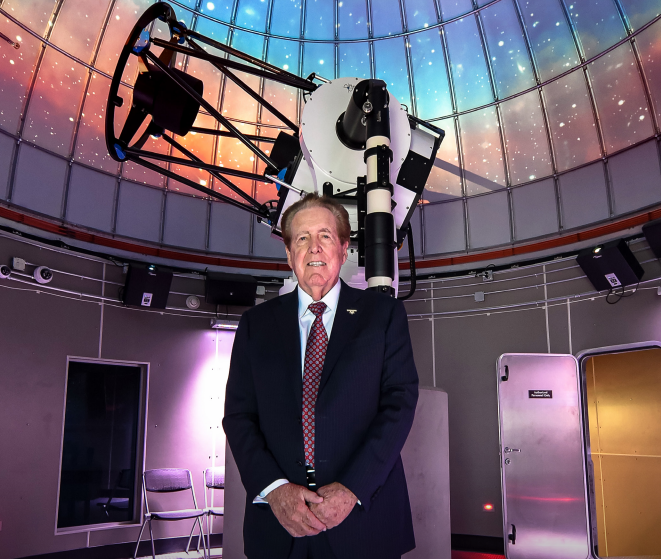 City of Rancho Mirage Mayor Richard Kite has a clear vision of continued excellence for the city that he proudly serves. “We want to ensure that Rancho Mirage’s legacy for quality of life is top notch for its residents and visitors to enjoy for many years to come,” Mayor Kite said. “We are investing in the future of our community within the parameters and possibilities we have to work with.” Mayor Kite, a Southern California native, has deep roots planted in the desert.

In 1956, Mayor Kite’s family moved from Los Angeles to the Coachella Valley as his father, Richard B. Kite, explored new opportunities in the desert’s real estate market. Mayor Kite graduated from Palm Springs High school in 1960, and later earned a civil engineering degree from the University of California, Berkeley. After graduating from what U.S. News and World Report regularly calls the top public university in the world, Mayor Kite’s career in investment banking took him from California to Chicago.

He says this cross-country move proved to be life-changing both personally and professionally. “I didn’t know it at the time, but one of the most defining and pivotal moments of my life, was realizing I wasn’t happy in Chicago. I missed home and I missed social interaction and working with people,” Mayor Kite said. “You know what they say, ‘Find a job you love, and you won’t work a day in your life.’ It’s true!” This common saying proved to be an epiphany for Mayor Kite and helped him find a positive work-life balance.

“I don’t know what kind of life I would have lived if I had just stuck it out in Chicago,” he said. “It’s never too late to make a change, and the quality of your life is so important.” In addition to serving the City of Rancho Mirage, Mayor Kite is currently a Senior Vice President and Investment Advisor with UBS Financial. “I love the personal connection I have with my clients,” he said. “I enjoy listening to their life goals and financial goals and helping them build and plan for success.”

This will be the sixth time Mayor Kite has served this position with the City of Rancho Mirage. During his more than 20 years of service with the City of Rancho Mirage, Mayor Kite has been on the forefront of several remarkable projects including the Rancho Mirage Library and Observatory, which has amazed and educated thousands of visitors since it opened in 2018; Cotino, a Storyliving community by Disney, which will create vibrant retail and culinary districts, homes, hotel, and a 24-acre swimmable lagoon; and so many other developments and projects throughout the city. He is also a key component on the city’s annual budget review committee. “I know we’re on the right track,” Mayor Kite said of the city’s current and future projects. “Rancho Mirage is a high-quality community and will continue to thrive.”

Mayor Kite is honored to serve the citizens of Rancho Mirage and offered advice to serve their communities.

“I would tell anyone who is contemplating a career in public leadership to do it with sincerity and integrity and stay on the course,” he said. “Not everyone will agree with your decisions, but you have to do what is best for the community as a whole.” Moving forward, Mayor Kite plans on providing what’s best for the community with a clear vision of continued excellence for the City of Rancho Mirage.

For more information on Mayor Kite and the City of Rancho Mirage visit www.ranchomirageca.gov.