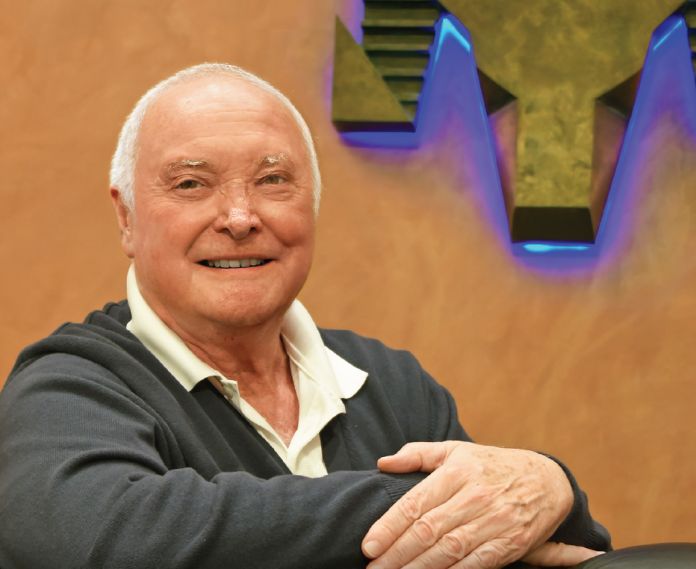 With many exciting new developments and ongoing community pride in Rancho Mirage, Mayor Charles Townsend takes a moment to reflect on the cornerstones and people that built Rancho Mirage and all the incredibly hardworking members of the community whose efforts and vision allow this great city and valley to thrive.
Mayor Townsend knows Rancho Mirage has a diverse collection of worldly, open-minded and well-read residents who are just as passionate about the community as he is. He often marvels at the treasured landmarks that define Rancho Mirage such as the amphitheatre and world-class library. He sees the beauty of Rancho Mirage, and aspires as Mayor to fulfill its future potential for all residents.

Townsend has a fascinating career background. His early career started out with various small newspaper publications. When Townsend decided to sign up for the army as a Medical Corpsman, his then-employer reserved Townsend’s job while he was away. After a few years back to working hard within the newspaper business, Townsend felt that his career was ready for the big leagues at the tender age of 24. He applied to the Los Angeles Times within their advertising department and during the job interview, they immediately tasked him to sell a 2-inch advertisement on the streets to prove his determination to work there. Townsend enthusiastically took on the challenge and succeeded, which ignited his impressive 22-year career with the publication. After retiring from his career with the LA times and prior to becoming involved with the Rancho Mirage City Hall, he was the proprietor of the Charles Townsend Collection, a furniture store and eventual network-supply connection to a consignment right in the heart of Rancho Mirage.

Mayor Townsend enjoys the hard work at the busy and active at town hall, but has not forgotten his humble path and the mentors that inspired him to become involved with the Chamber of Commerce and the City of Rancho Mirage. His late partner of 42 years, Gordon Moller, served two terms as president of the Rancho Mirage Chamber of Commerce and was appointed to City Council in April 2006 before being elected Mayor and serving from 2008 to 2012. While it was anticipated that the respected and beloved mayor would be re-elected again in 2013, his time was sadly cut short when he passed away in 2012.

Overwhelmed with enduring grief and admiration, Mayor Townsend continues to be inspired by Moller’s values and love he had for this great community. Moller is still remembered by many for his authentic concern for all those who relied on services and assistance provided by the City. Moller took his responsibilities as Mayor personally. “Government is here to serve the public, not to complicate governmental processes,” Moller’s memorable words still echo.
Now being Mayor himself, Townsend is determined to continue to ensure Rancho Mirage and the Coachella Valley as a whole are one of the most incredible places
in the world.

“Never take life for granted,” Mayor Townsend emphasizes.
Among his many responsibilities, Mayor Townsend is kept busy by the much-anticipated Cotino Storyliving development by Disney. This ground-breaking project promises an enchanting new way of living while enriching our Rancho Mirage community beyond anything ever experienced before. All those involved with the making of Cotino were inspired by Walt Disney, who once declared the Palm Springs area as his favorite special retreat and often referred to it as his “laughing place.” Cotino is expected to be a fusion of modern design, with pops of color, and the one-and-only Disney experience.

“I am thankful for all the great people here in Rancho Mirage that have truly built a remarkable community!” Townsend exclaims.

All of Townsend’s life experiences and mentors guide him into serving this fantastic community with great enthusiasm. The Rancho Mirage City Hall continues to support and empower local businesses and the community such as promoting events like the upcoming “Taste of Summer” launching on July 11.

For other great events, city updates, ways to be involved with your community and more information visit ranchomirageca.gov

Safety Tips for Pool Fun With Our Pups This Summer

How to Avoid Dementia

Safety Tips for Pool Fun With Our Pups This Summer