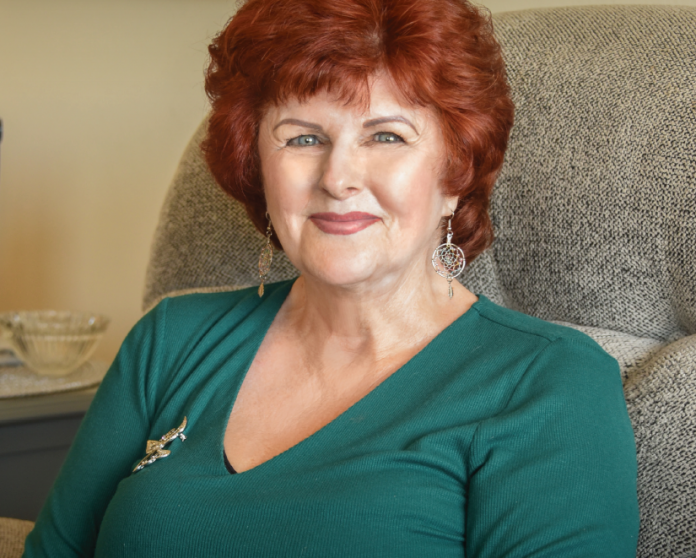 After the Camp Fire on November 8, 2018, which destroyed the town of Paradise, California, the Vice Mayor Crowder made the comment that the residents of the town were not to be identified as victims, but rather, survivors, pioneers.

Terri Fitzsimmons is indeed a pioneer, forging a new existence for herself and her fiancé. Losing everything, her home, her belongings, and even her identity, she realized that there was no direction to go but up. Even after facing more adversities in the following two years, including having an aneurysm in her brain, she relied on her resilience to help her recover.

She was able to get counseling to deal with the nightmares of fleeing the flames while she was on a school bus tending to students. Her therapist recommended keeping a journal and after reading it suggested she publish it to help other survivors of the fire. She learned that distress isn’t caused by what happens to us; it is how we react to it that causes stress. After going through the stages of grief: horror, disbelief, anger, and finally, acceptance, she realized she had an inner strength she never knew existed.

Knowledge is useless unless it is applied. “This quote resonated to me as I went through my books (which, luckily were stored on my smartphone), I had all the words in front of me; now it was time to put them into action, propelling me towards survival and beyond. I concentrated on my writing and helping others cope with their recovery. I gave book readings to reach out to others who were devasted by the fire. We were scattered all over the country. “

The title of Terri’s first book “Phoenix Rising from the Ashes” aptly defines who Terri is today. “The person who I was before the fire, is buried in the ashes. I have emerged stronger and more resilient. I have gained a sense of gratitude for everything in my new life.”

Living in Indio has become her new Paradise. Each morning she gets up well before dawn, enjoying the serenity of her back yard before she journalizes and meditates. Then she goes to the gym after a two-mile walk, “I never tire of the pristine landscaping, the diversity of plant life and the soothing waterfalls.” She loves going to the pool when the weather permits.

Terri is an active member of the Writer’s Club and Readers Ink. She also attends the meditation classes once a week. She is arranging book readings to take place in the near future.

She continues to help others in need, counseling women, and making phone calls to those who are housebound. Of course, she is still writing       : Her current book “Letters from Julia” is a historical novel spanning four decades. She also writes articles for local magazines. Out of the ashes she has learned that we are not alone; we part of a large community of individuals who are overcoming crises in our lives. We must band together to thrive.

“I lost everything to gain everything,” has become her mantra as she greets each day with gratitude.

Terri K Fitzsimmons is from British Columbia Canada. She went back to college at the age of 40 and then went on to obtain her master’s degree in educational counseling, graduating at the top of her class. She lived in Hemet, California for thirty years, teaching Sociology classes at Mount San Jacinto College, while teaching all grades for Hemet Unified School District. After her retirement she was the director of Independent Studies at Allesandro High School.  She has been involved with NAMI- National Alliance on the Mental Illness, as well as mentoring teens and single mothers.