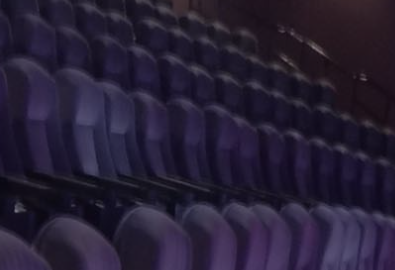 Anyone who attended a Theatre Thursday performance at Coachella Valley Repertory (CVRep) this summer may have noticed the many changes that have taken place. Adam Karsten was brought in as the new Executive Artistic Director upon the retirement of Founding Artistic Director Ron Celona. In addition to this change, an expanded five show season was announced that begins in November, technical upgrades will enhance the live theatre experience, and much more.

While there are many changes, one thing that hasn’t changed is their commitment to providing professional theatre and quality theatre education to our community. CVRep’s Director of Conservatory, Douglas Sorenson, is especially excited about the new in-person classes starting in October. “Whether this is your first class, or you’re a seasoned professional; whether you’re five or you’re 95 – The Conservatory at Coachella Valley Repertory has a class that is perfect for you to grow as an artist, as an actor, and as a person.”

Classes are taught by veterans of Broadway, film, and television – offering a unique insight not found at other studios. From on-camera classes to storytelling, stage movement and dance to scene study, improvisation and more, The Conservatory at CVRep will continue to expand its offerings, including new intensives and workshops.
“We invite everyone to come learn with us, grow with us, and be a part of the CVRep family!” says Doug, as he prepares CVRep’s Blackbox Theatre for upcoming classes.
Full class descriptions and registration may be found at CVRep.org. See you there!