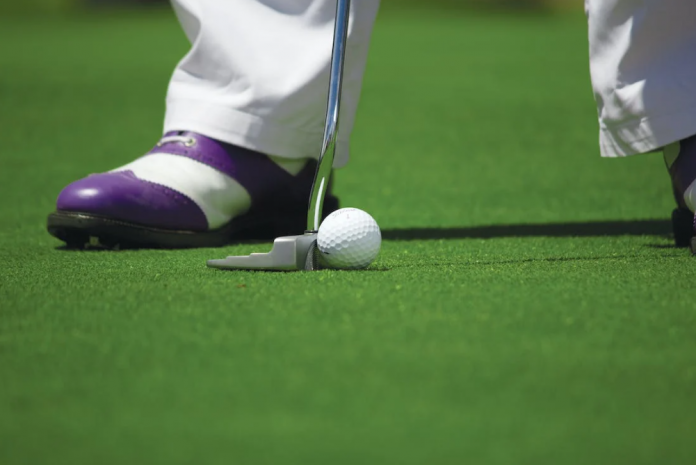 The President’s Cup just completed its 14th edition at Quail Hollow in N. Carolina. As Davis Love III commented after the U.S. team beat the International team in the 4 day event last week, “This is one of the most fun golf tournaments ever played!”
What could he possibly mean by that comment, “most fun?” We only have to look at the FORMAT of the President’s Cup to understand what Davis means.

Unlike normal straight golf where you play by keeping your score on each hole and whoever has the lowest score at the end of 18 holes is the winner, the President’s Cup makes the matches more FUN by keeping score in different ways, and we can do the same thing when we play.

Alternate Shots: This form of play is really fun. In Alternate Shot, you pick a partner and the other players form a twosome and they play against your twosome for all 18
holes. The first player on each pair hits their drive, and when you arrive at that shot, their partner hits that ball. Each twosome only plays one ball between them, alternating shots until they hole the last putt.

Best Ball (also called 4 Balls): In this format, also played by 2-person teams, each player plays their own ball all the way through each hole, but each team only scores the “best” score of your two balls. So even though four players hit their own ball all the way through their putts going into the hole, only the best score of those two balls are recorded.

Match Play (versus Stroke play): This format allows you to play individually or in your two-man teams. The score on each hole determines who wins that hole. Winning the hole means you get one point. If you all have the same score on that hole, no points are scored. Match play is fun because you might score an 8 or 9 on one hole but you only lose 1 point for losing that hole and then you start fresh on the next hole!

So it looks like even the most seasoned and professional golfers really prefer the formats that have one thing in common with us amateurs…they are more FUN!